There is NO SANCTUARY! 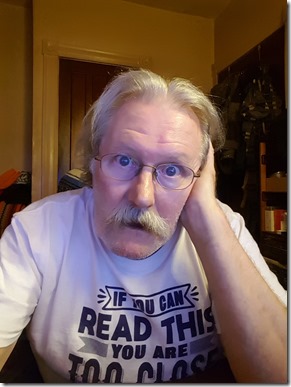 Well, with the news that Cheetolini (and his wife with the resting bitch face) have tested positive for COVID-19, I wouldn’t be surprised if it was true. Given his propensity for not wearing a mask, his attendance at large rallies, the death of Herman Cain, people on his staff testing positive for the coronavirus, and his overwhelming need to be surrounded by people who stroke his ego and not wear any masks, I would say that the odds finally caught up with him. Having it happen almost a month before the election, that does raise red flags.

1: The first debate.  Trump looked and sounded like the total ass that he is.  Biden kept his cool for the most part, but when Biden mentioned his son Beau (who served in the military in Iraq, and then died from brain cancer) Trump immediately went on the attack and started to ramble on and on about his son Hunter. Joe pretty much kept his cool during that personal attack. Trump then interrupted him while Joe was talking about ending the filibuster, and Joe said “Will you shut up man, this is so unpresidential.” Trump getting COVID-19 pretty much put the kibosh on future debates.

2: The revelation by the New York Times that Trump only paid $750 in taxes for the years 2016, and 2017. Prior to that, it was was reported that he paid no taxes from 2000 to 2015, plus he took deductions on things that would be considered personal expenses such as aircraft, personal residences, $70,000 for hairstyling (when he was hosting “The Apprentice,) and most of all, “consulting fees” to his daughter Ivanka.

3: His debt load.  Also from the New York Times, it is reported that he is personally responsible for 421 MILLION DOLLARS in loans, and they are coming due within 4 years.  Hell, I still owe about 40 thousand on my mortgage, and I don’t have anxiety over it, but Trump has a major Sword of Damocles hanging over his head.  He thinks that his lenders will be unwilling to foreclose on a sitting president. That is enough to scare the shit out of anyone.

4: His “Brand.”  Most of the income he does have comes from the licensing of his name to various ventures around the world.  If (more like when) he loses, his “brand” is going to suffer a major hit in terms of viability.  For someone with malignant narcissism (which Trump has in spades) this would be totally unthinkable.

5: The criminal tax probe by the Manhattan District Attorney’s office.  Cyrus Vance Jr. said that they are investigating The Trump Organization for potential bank and insurance fraud relating to properties in Manhattan, not to mention the alleged payoffs to Stormy Daniels and Karen McDougal, who claim to have had affairs with Trump before he became president.  As long as Trump is president, he can stymie the investigations to his advantage.

So basically, one month before the general election, Trump is getting shithammered on multiple fronts.  Is he looking for an escape?  Is he finally losing whatever shred of sanity he has left?  Who knows.  All I know is that it is gonna get very fucking strange in the next 31 days, and all of us better buckle in and brace ourselves for for a very rough fucking ride. 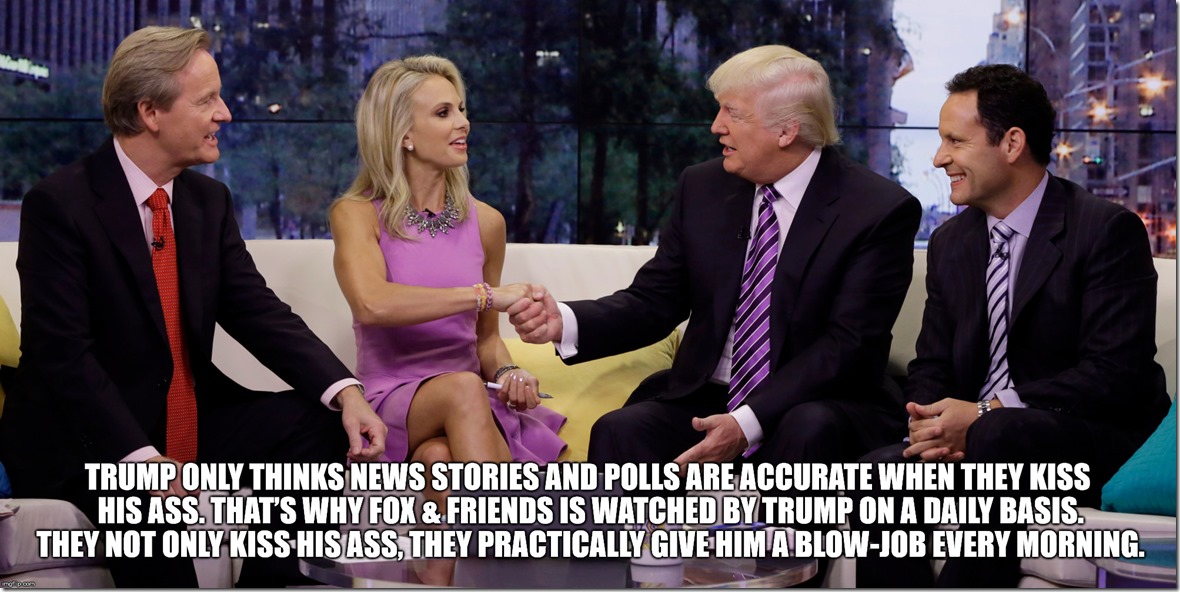 You know, I am really getting sick of a few things.

1: People reposting articles from the past to Facebook without any context. If you feel that the article has relevance in the now, PROVIDE SOME FUCKING CONTEXT.

2: The incessant postings of right-wing bullshit that has been proven to be lies e.g. the economy is great because of Trump. The economy was doing quite well during the Obama administration, and now it is going into the tank because Trump is getting into a pissing match by imposing tariffs on some of our largest trading partners. Ask a farmer in the midwest how well he doing because of Trump. I fucking dare you.

3: The whole pissing match with Iran. We had an agreement in place along with numerous European nations to limit Iran’s nuclear capabilities. The one thing that Trump does when he gets into office is break that agreement BECAUSE IT HAPPENED WHEN OBAMA WAS IN OFFICE. Now, we have tankers being bombed, drones being shot down, and a President taking us to the brink and then pulling back. The hawks in his administration (mainly Pompeo and Bolton) have a major hardon for starting wars in order to impose their fascist view of a new world order. And they have a perfect patsy in the form of Donald Trump. He is so enamored with himself that the only reason he does things now is to get praise from Fox News and other right-leaning news outlets. He has no interest in world peace. The only reason that he does things now is to burnish the shine on the turd that his presidency has become.

4: Claiming “immunity” or “White House Privilege” when being called to testify before Congress. The most recent example was with Kellyanne Conway being called to testify before the House Oversight Committee over her repeated violations of The Hatch Act, which she dismissed with the quote “Blah, blah blah. If you’re trying to silence me through the Hatch Act, it’s not going to work,” and the White House saying that it was a violation of her First Amendment rights. Bitch, shut that wrinkled old pie-hole of a mouth, sit the fuck down, and fucking testify. When you violate the law, you have to explain yourself.

5: 20+ FUCKING CANDIDATES FOR THE DEMOCRATIC NOMINATION FOR PRESIDENT IN 2020? Hey you assholes, lets muddy the political waters even further. Yes, Barack Obama came out of left field to win the Presidency in 2008, but all you Democratic wannabees need to sit the fuck down and let it shake out between Elizabeth Warren and Bernie Sanders. They are the only two who stand any chance of denying Trump a second term in office, and you idiots who are tossing your hats in are doing one thing, just making a big pile of fucking hats. Stay out of the big political sandbox until you have gotten a few years behind you and are able to make a real difference. Warren and Sanders have many more years of experience behind them, and are better able to deal with the shit that is going to be flung at them by the apes in the Republican zoo that Washington has become.

Enough of the old man ranting, I need to drop a grogan. 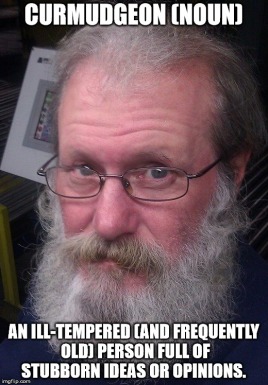 It has been 266 days since Donald J. Trump has been sworn in as President of the United States.  Now, for most of the liberal right, they keep preaching the end of days.  But what I have seen for the most part is, life is going on as usual.  I look at most of the bullshit that circulates on Facebook and Twitter with a pragmatic eye.  There are blatant indications that he isn’t suited to be the leader of the free world.  His constant use of Twitter is an indication of his mental stability (or lack thereof.) I have stated time and time again, you CANNOT set government policy 140 characters at a time.  His constant “shooting from the hip” is one of the signs of someone who has poor impulse control.  And since he is using a pretty much unsecured Android phone for his communications, there is distinct possibility that someone could hack his device.  (FYI, my husband and I both use Android phones and Windows 10 personal computers, and I keep them as secure as I can.)

Now, there has been talk about replacing the President under the 25th Amendment to the Constitution due to his mental instability.  But that would involve a mental health assessment by a qualified professional, in this case a psychiatrist.   This part of the 25th Amendment would come into play:

(Full disclosure:  I have been in psychiatric therapy in the past (as recent as three years ago) for anger management issues and personal issues, and it has helped me immensely.  Some people need it, and I was one of them.)

With so many psychiatrists openly stating that the President has major mental issues, why doesn’t someone in Congress or the Senate grow a pair of balls and force the issue?

Now, President Trump is trying to prove that he is the “big kid on the block” by getting into a pissing match with Kim Jong-Un of North Korea to prove who has the bigger dick militarily-wise.  Kim is saying that he has the capability to strike the continental United States with a nuke, and Trump is basically telling him to go for it.  But it all boils down to posturing.  A political pecker-check.

Yes, North Korea is a threat, but what does Trump do?  Tweet about football players in the NFL bending down on one knee to protest the killing of African-Americans by police.  Or tweet about how much the disaster in Puerto Rico is costing us (never mind that Texas got hit just as hard, but he never talked about how much disaster relief cost there.)  EXCUSE ME, POTUS!  Puerto Ricans are American citizens also!

For a man who has bragged how he has a “great mind,” he sure is showing that he is someone who is driven by emotions alone.  Should this man have his finger on the nuclear trigger?  Absolutely not.  Should he be impeached?  There has to be overwhelming evidence that he has committed crimes against the United States.  Robert Mueller is trying to build a case against him, but because he is going against the Chief Executive, he is going to encounter numerous roadblocks in his search for the truth.

The only way that he can take down Donald Trump is by co-opting the people that Trump has discarded in the 266 days that he has been President.  Reince Priebus. Steve Bannon.  Scott Spicer. Anthony Scaramucci. James Comey. Preet Bharara.  All of these people can take him down.  But that is wishful thinking on my part.  The reality is, there will be numerous back-room deals that will be made, and Donald Trump will escape this, just like he did with the bankruptcies that he went through.

Yes, it is a cynical conclusion, but also a pragmatic one.  And I am a pragmatist.